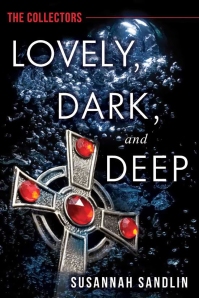 I thought it was ironic that today, December 30, the schedule came round for me to do our “Genre Talk” feature here at Paranormal Unbound. Because I have a new book out today (woo-hoo!) and it finds me stepping way out on a limb without a single bit of fang, fin or fur to support me. Yeah, that’s kind of a mixed metaphor, but I digress. The book is (gasp) not paranormal. My first all-human offspring, so to speak.

All of us who write paranormal fiction have been hearing about the death of urban fantasy and paranormal romance for the past year, maybe two years. Sales are down, we’re told. Editors don’t want to see anything featuring a (fill in the blank with paranormal species or kickass heroine of choice), we’re told. We’re asked, “Got any YA or NA or contemporary? Something like Gone Girl?” Uh, no.

So before I talk about my own leap, here’s my theory on the state of paranormal fantasy, which is my general term for urban fantasy, paranormal romance, rural fantasy, and all things in between. I don’t think the readership has  dwindled or gone away. It’s simply that the proliferation of small press- and self-published paranormals has flooded the marketplace at a time when the readership has remained stable. So now, instead of finding one or two new authors I might want to add to those on my autobuy list, as a reader, I have fifty or a hundred new authors to consider. Nothing more complicated than luck determines whether I even find out about the one author who might have written the best book I will ever read. Whether readers find out about me and my books…also largely luck.

I’d like to look into my publishing crystal ball and say that it’ll all shake out in the end, that the cream will rise to the top, that authors will discover the magic bullet to propel them into reader awareness. (More mixed metaphors! Let’s make it a genre!)

It’s a hard old world out there, however, and my publishing crystal ball is as foggy as fall on the North Atlantic coast of Cape Breton Island, Nova Scotia.

Which brings me back to my new adventure, the last third of which is set on the foggy North Atlantic coast of Cape Breton.

While I write urban fantasy as Suzanne Johnson, I also write darker, sexier books under the name Susannah Sandlin. In the process of writing a dark, sensual–and somewhat apocalyptic–vampire series as Susannah, I discovered a taste for writing stories that edge into thriller territory. High stakes. Tension. Big ideas. I even coined my own genre mashup name: paranormal romantic thrillers.

Then I had a frightening thought. What if I took the paranormal out of the mix? What would a romantic thriller look like in my voice? And that’s how The Collectors series came to be and the first book, Lovely, Dark, and Deep, which comes out today. It features a washed up ex-Marine combat diver named Shane and a feisty but damaged biologist named Gillian. (Geeks!) It has some lost treasure of the Knights Templar, ancient shipwrecks, evil billionaires, a dog named Tank, and a conspiracy theorist named Chevy.

But OMG, how I wanted to have a merman swim out to shake up the divers, or maybe even Poseidon himself! A reef monster. Sea spiders. I could go on.

Still, it was great fun to write, and I’m already looking forward to the second book, where my cabal of evil bad guys goes after the lost crown jewels of Bad King John.

Does this mean I am moving away from paranormal? Never, ever, ever! In fact, I just turned in Penton book four and am already back in New Orleans with my wizards and my undead pirate.

What are your thoughts on the past, present, and future of paranormal fiction? What’s in your own crystal ball? Leave a comment and I’ll choose someone to win their choice of Lovely, Dark, and Deep or–if you really want to get your paranormal on–my new paranormal romance novella, Chenoire. I’ll post the winner’s name here on Sunday, January 5.