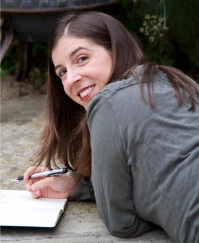 Amber Belldene grew up on the Florida panhandle, swimming with alligators, climbing oak trees and diving for scallops…when she could pull herself away from a book.  As a child, she hid her Nancy Drew novels inside the church bulletin and read mysteries during sermons—an irony that is not lost on her when she preaches these days.

Amber is an Episcopal Priest and student of religion.  She believes stories are the best way to explore human truths.  Some people think it is strange for a minister to write romance, but it is perfectly natural to her, because the human desire for love is at the heart of every romance novel and God made people with that longing.  She lives with her husband and two children in San Francisco.

Her debut paranormal romance Blood Vine is now available from Omnific Publishing, and its sequel Blood Entangled will be available in July.  She lives, works and writes in San Francisco.

Celia Breslin grew up enchanted by stories of vampires and the Fae, including her Irish grandma’s encounter with a Banshee in her root cellar. Imagination fueled, she penned many a fairytale as a youth. Growing up, she earned a masters degree in French Lit. and worked as a teacher, producer, (nonfiction) writer, editor, and copyeditor, but vamps and the Fae kept calling her back to fiction writing.

Celia lives in Northern California with her family. She writes urban fantasy and paranormal romance about all the sexy and mysterious creatures of the Otherworld. Her vampire series, The Tranquilli Bloodline (Haven, Vampire Code, Destiny) is available now from Champagne Books. Her werewolf stories will be available in 2015 from Decadent Publishing.

Lexi’s books are available at Amazon.com, BarnesandNoble.com, BooksaMillion.com, indieBound.org, or your favorite retailer. 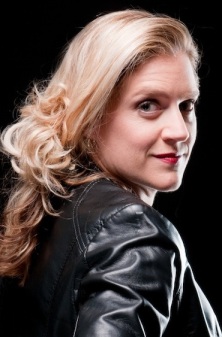 Erica Hayes was a law student, an air force officer, an editorial assistant and a musician, before finally landing her dream job: fantasy and romance writer.

She hails from Australia, where she drifts from city to city,
leaving a trail of chaos behind her. Currently, she’s terrorizing the wilds of Northumberland.

Erica is represented by the Stringer Literary Agency. 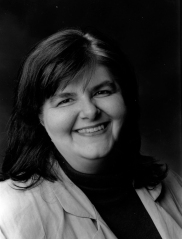 A mild-mannered editor in higher education publishing by day, by night Suzanne Johnson writes paranormal fantasy on top of a career that has thus far spanned five states and six universities. She grew up in Winfield, Alabama, halfway between the Bear Bryant Museum and Elvis’ birthplace, but was also a longtime resident of New Orleans (including in 2005 for Hurricane Katrina), so she has a highly refined sense of the absurd and an ingrained love of parades, cheap Mardi Gras trinkets, and fried gator on a stick. She currently lives in Auburn, Alabama, with two rescue dogs named after professional wrestlers (it was a phase). She has a no-longer-secret passion for Cajun music and reality TV, and is on the hunt for a longhaul Ice Road Trucker who also rescues nuisance gators. She writes paranormal fiction (aka urban fantasy) as Suzanne Johnson, but has purloined her great-great-great grandmother’s name, Susannah Sandlin, for her racier dark paranormal romance titles (sorry, granny). Keep up with both at the daily Preternatura speculative fiction blog. 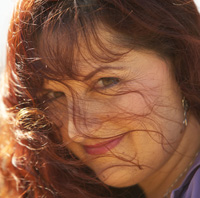 Since then, I’ve published numerous short stories in anthologies and magazines. My story, “Immortal Beloved” was a finalist for a Bram Stoker award and was recently re-released in the “Dead Souls” anthology, along with a follow-up never-before-published story, “Subito Piano”.

My debut novel, Night Walker, was released in 2011 and won a San Diego Book Award for Best Published Fantasy-SciFi-Horror. Night Walker also won the Romance Through the Ages in the Best Paranormal and Best First Book categories.

I also post news and short stories on my Blog, so feel free to stop by for a read. Paranormal tales are my favorite and I tend toward the dark side. Join me?

A. J. Larrieu grew up in small-town Louisiana, where she spent every summer either knee-deep in the mud exploring the swamps or nose-deep in a book exploring other worlds. It’s no surprise she grew up to be a biologist moonlighting as an urban fantasy novelist. She has a Ph.D. in molecular biology, unhealthy obsessions with numerous canceled TV shows, and no athletic abilities whatsoever. By day she fiddles around with biological macromolecules; by night she writes sexy supernatural love stories with (usually) Southern settings. Her urban fantasy, Twisted Miracles, was a finalist for RWA’s Golden Heart ® Award and will be published by Carina Press in Spring of 2014. Her debut novella, Anchored, is set in the same paranormal world.

A.J. lives in San Francisco with her husband (a.k.a. The Enabler) and their Small One. She is represented by Sarah LaPolla at Bradford Literary.

Angela Quarles works at an independent bookstore and lives in an historic house in the beautiful and quirky town of Mobile, AL, with her two matched gray cats, Darcy and Bingley. When she’s not writing, she enjoys the usual stuff like gardening, reading, hanging out, eating, drinking, chasing squirrels out of the walls and creating the occasional knitted scarf. She’s had a varied career, including website programming and directing a small local history museum.

She’s an admitted geek and is proud to be among the few but mighty Browncoats who watched Firefly the first night it aired. She was introduced to the wonderful world of science fiction by her father, by way of watching reruns of the original Star Trek in her tweens and later giving her a copy of Walter M. Miller Jr’s A Canticle for Leibowitz as a teenager. She hasn’t looked back since.

Her debut novel, Must Love Breeches, is a time travel romance. She also has a geek romance in novelette form called Beer and Groping in Las Vegas. She has a B.A. in Anthropology and International Studies with a minor in German from Emory University, and a Masters in Heritage Preservation from Georgia State University. 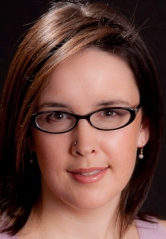 Elisabeth Staab became an immortal priestess back in the days of… ahem Wait just a second here… Elisabeth Staab still lives with her nose in a book and at least one foot in an imaginary world. She believes that all kinds of safe and sane love should be celebrated but she adores the fantasy-filled realm of paranormal romance the best. She lives in Northern Virginia with her family and one big scaredy cat, where she loves to spend time with good friends, good music, good beverages, and good books (when she isn’t making characters fall in love, that is). She also has a soft spot for tortured heroes. Her debut novel, King of Darkness, was born shortly after her youngest child and her latest, Prince of Power, was just released. Her husband would like to know what happened with that writing thing that was going to just be a hobby while the kids were napping. You can find out more in her newsletter, or by following her here:

10 thoughts on “About the Authors”

or follow our tribe on triberr!
Join 4,108 other followers